There are several projects to provide global state management. Let's compare with other projects.

Disclaimer: The comparison is obviously biased.

#Notes about similarities and differences

As we saw in Quick Start, the way we use React Tracked is pretty much the same as pure React with context and hooks.

The difference is our effortless render optimization with useTracked.

React Tracked is nothing to do with Redux, so we can't use their nice ecosystem.

Reactive React Redux is a branch project of React Tracked. It is based on Redux, and provides useTrackedState hook which allows us the effortless render optimization.

If you want Redux ecosystem, this one is good to go instead of React Tracked.

MobX utilizes Proxies, so the technique in the implementation is similar. The easiness of the usage is similar too.

Vue is nothing to do with React, but it utilizes Proxies. The spirit of the effortless render optimization can be similar to the easiness of Vue.

We have done some benchmark tests. 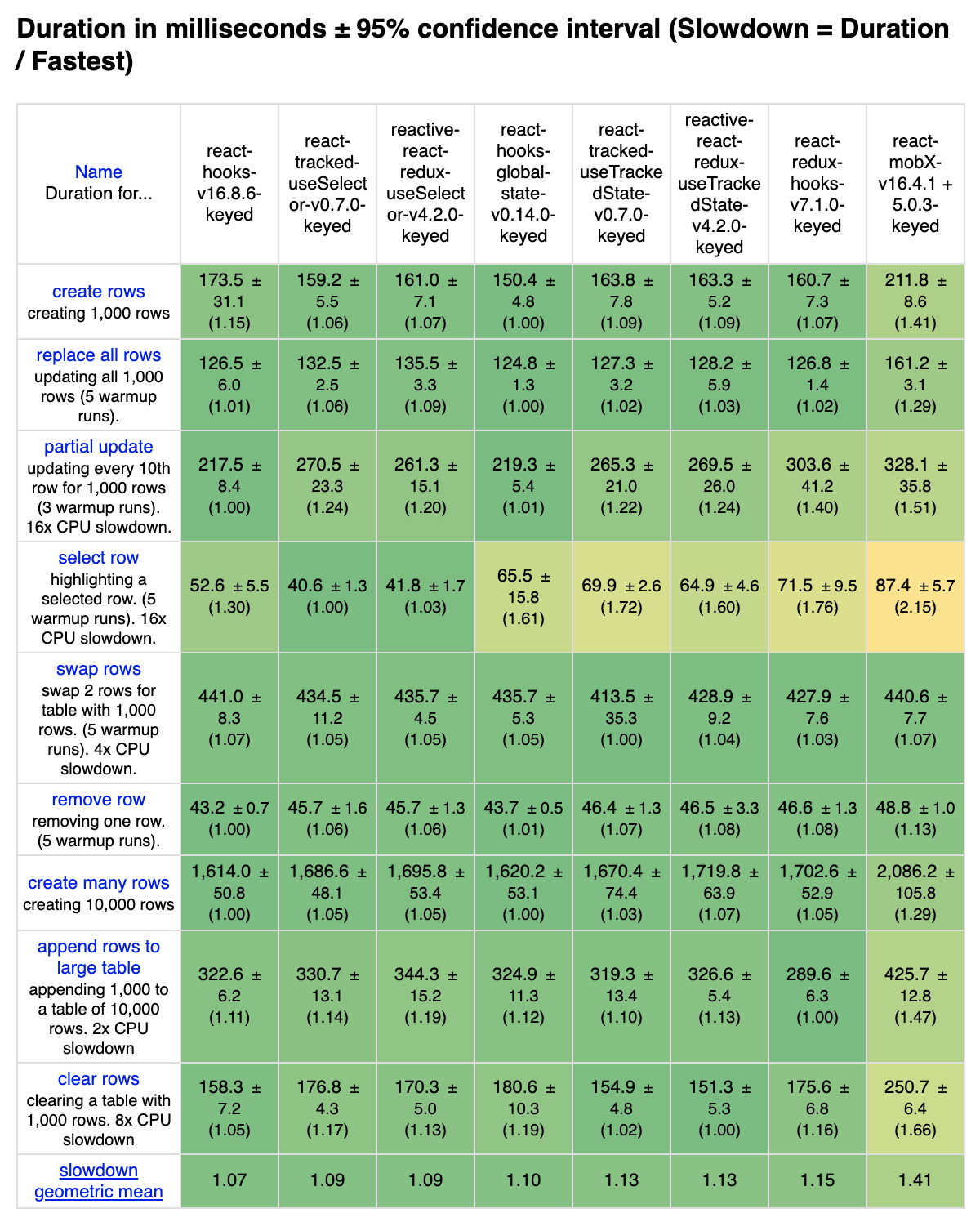 See this for details.